Share a memory
Obituary & Services
Tribute Wall
Read more about the life story of Anthony and share your memory.

Anthony Trevor Atha passed away unexpectedly on Thursday, January 19th, 2023, in Panama City, Florida. His family mourns this unspeakable loss, he was just thirty-four years of age. Anthony was a free-spirited, deeply loving, and inspiring individual, that often united his family and those closest to him with his laughter and jovial personality.

He was born on September 28th, 1988, in Hagerstown, MD to parents Mark Anthony Atha and Stephanie Lucille Jackson-Atha.  As a child, Anthony was a vivacious, curious, and fun-loving personality, who lit up any room with his smile. He enjoyed playing baseball and taking karate classes, where he made many lifelong friends.

Anthony expanded his horizons into adulthood after graduating from Williamsport High School in 2006. Often innovative and business-minded, he knew from an early age that he wanted to pursue business. His ambition and intelligence would serve him well, with attaining a Bachelor’s degree in Business Administration from West Virginia University in 2009, and a Master’s Degree in Business Administration (MBA) from Frostburg State University in 2010.

He continued onward with his creative and lucrative business endeavors, securing employment within management and learning and development roles, while also fostering his entrepreneurial spirit with operating many of his own successful businesses.

Anthony prided himself on his hospitality and customer service, often being awarded with leadership roles and awards throughout his career. He was business savvy and extraordinarily gifted with not only personable communication, but the ability to cultivate the talents of many employees to assist them in growing professionally into their own career goals. He did this especially in his last role working in learning and development at an international consulting firm.

Anthony had an insatiable desire for knowledge and travel. He loved being at the beach and often found himself there with his husband and love of his life, Levi Perry, as well as their two mini companions, Charli and Josie. They found happiness wherever they traveled, and settled roots in Memphis, TN, Denver, CO, Seattle WA, Los Angeles, CA, and finally Panama City, Florida, where they initially met years ago.

Home is truly where the heart is, and Anthony lived this philosophy. He often returned home to Williamsport, Maryland to visit his extensive family and friends. He is survived by his husband Levi Perry, father Mark Atha and father Larry Baker, mother Stephanie Jackson - Atha.  His brothers Tyler Atha, and Brent Beachley, Matthew Baker and Nicholas Baker and sisters, Macy Miller and Megan Suder, paternal grandparents, Benjamin and Dolores Atha, and maternal grandparents, Larry Sr. and Frances Jackson. His memory will live on throughout all the family, friends, and others he has touched throughout his life.

Anthony’s legacy is that he lived the life that he loved with those that he loved. The brevity of his life is not a measure of the love, success, strength, passion, and accomplishment that he encompassed. He will forever be missed and everlastingly remembered.

To send flowers to the family or plant a tree in memory of Anthony Trevor Atha, please visit our floral store. 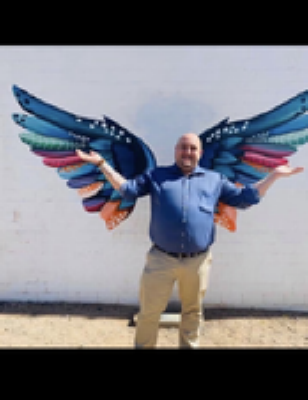 You can still show your support by sending flowers directly to the family, or by planting a memorial tree in the memory of Anthony Trevor Atha
SHARE OBITUARY
© 2023 Osborne Funeral Home, PA. All Rights Reserved. Funeral Home website by CFS & TA | Terms of Use | Privacy Policy | Accessibility