Share a memory
Obituary & Services
Tribute Wall
Read more about the life story of Harry and share your memory.

Bill was born in Charleston, WV, on July 24, 1949, son of the late Lenwood Franklin Morrison and Crystal Geraldine (High) Morrison. He was a 1967 graduate of Stonewall Jackson High School and attended West Virginia Institute of Technology and West Virginia State College.

Bill was a diligent employee of C&P Telephone Co. from June 1970 until his retirement from Verizon in December 2001. He worked earnestly to provide high-quality customer service to the public in both West Virginia and Maryland and enjoyed working with many skilled craftsmen who became close friends through the years.

Bill was an active member of Communication Workers of America, serving as a local officer in various locations.

After retirement, Bill and his close friend, Larry, did home remodeling and handyman services locally.

A faithful member of Rehoboth United Methodist Church, both in Williamsport, Md., and later at the church's relocation on Lappans Road, Williamsport, Bill diligently served others through the church's community outreach services, served on various committees, was a mentor to several young men, was an Annual Conference Lay Member, and served in many other capacities.

Bill enjoyed attending NASCAR races, riding his Can-Am, oldies music, classic cars, fishing trips with friends, and, most of all, spending time with his wife and family.

In addition to his parents, Bill was preceded in death by Ronald Eugene Morrison (stepbrother) and Jody Dale Spears (stepson).

The family will receive friends Friday evening, Jan. 20th, from 6-8 p.m. at Osborne Funeral Home, 425 S. Conococheague St., Williamsport, MD.  The funeral home will be open after 4:00 pm on Friday for the convenience of family and friends.

A celebration of Bill's life will be held at Rehoboth United Methodist Church, 16929 Lappans Road, Williamsport, MD at 11:00 on Saturday, January 21st with Rev. Michael Bennett officiating.  Interment will be in Rose Hill Cemetery in Hagerstown, MD.

In lieu of flowers, memorial donations may be made to Bill's passion, the Rehoboth United Methodist Church Building Fund so that, as Bill said, 'We will have a building where future generations may come to know and worship Christ.

To send flowers to the family or plant a tree in memory of Harry William "Bill" Morrison, please visit our floral store. 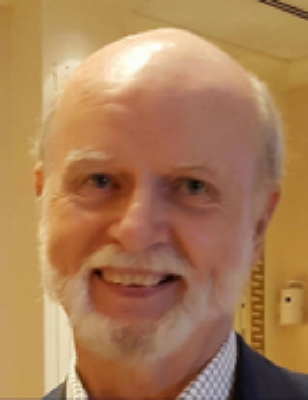 You can still show your support by sending flowers directly to the family, or by planting a memorial tree in the memory of Harry William "Bill" Morrison
SHARE OBITUARY
© 2023 Osborne Funeral Home, PA. All Rights Reserved. Funeral Home website by CFS & TA | Terms of Use | Privacy Policy | Accessibility